THE TOYOTA OF ORANGE CLASSIC 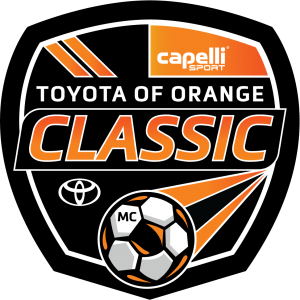 Welcome to the Toyota of Orange Classic!

In previous years, we have hosted over 300 teams ranging from Flight 1, Flight 2 & Flight 3 Divisions

We expect to attract even more of the best teams from Southern California, neighboring regions and states. The teams will compete on the beautifully maintained fields within the city of Orange & Tustin, located in the heart of Orange County, California.

The Toyota of Orange Classic is open to all age divisions (U9-U19) for boys and girls teams.
Be sure to register now for this tournament as this event gets sold out year after year!